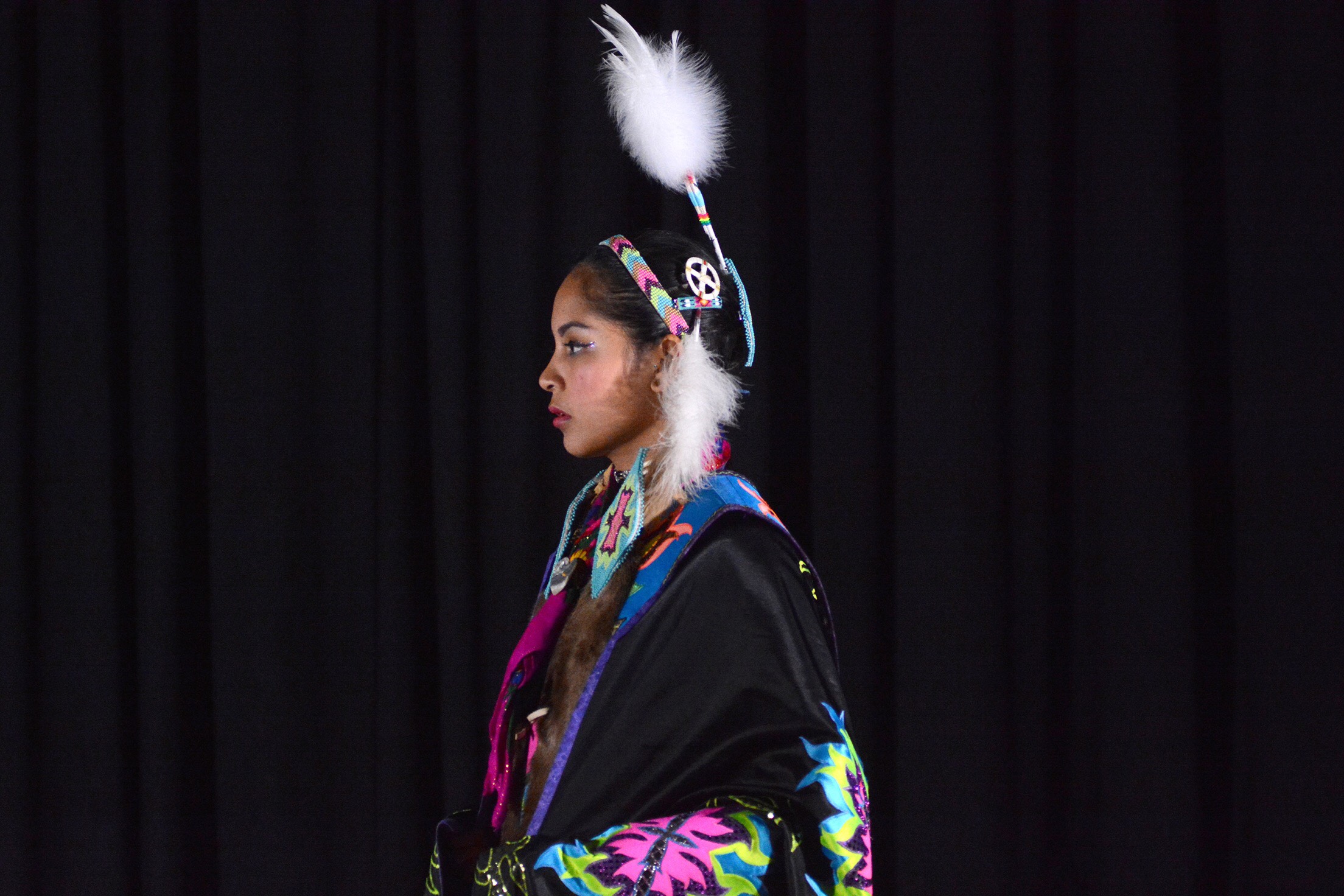 Oki niitanikko- (Hello my name is) Evangelina Lopez. I am Niitsitapi (the original/real people- Blackfeet), specifically Amskapi Pikuni (Southern Piegan), Gros Ventre, and Assiniboine decent. My family are the Apaotokan (Weaselhead), some of who currently live where our ancestors have always resided in the area that is now the reservation in Browning, Montana. To acknowledge all parts of me, I proudly identify with my mixed descent as Indigenous/Black/Mexican. As a dancer of many practices and as a Ph.D. student in dance, I work to represent the cultures I carry with me whether that be in the powwow setting, on stage, in the classroom, or in my scholarly work.

Being Black and Native to me means proudly carrying a strong lineage and ancestral knowledge, one that speaks to our survivance, but is also means complex and sometimes difficult inheritances.

Being Black and Native to me means proudly carrying a strong lineage and ancestral knowledge, one that speaks to our survivance, but is also means complex and sometimes difficult inheritances. Here is a small family tree of those who make up my mixed background: My grandfather Jim Nickerson and grandmother Arlene Weaselhead who give me my Black and Amskapi Pikuni roots; my dad who gives me my Mexican roots, and my mother Dawn Nickerson who single-handedly raised us (daughter of Arlene and Jim) who emphasized us learning the history and culture of the people we come from. For the longest time, I struggled to find where I fit in and tried to seek validation in others. From different people for various reasons, I wasn’t “Mexican enough”, “Black enough”, or even “Native enough”. The ugly truth is, sometimes even among our communities and families we face and perpetuate our own reservations about people.

Reflecting on points of “not fitting in”, I think to when I was being brought up and could feel the tensions that resulted from not knowing Spanish and how that affected mine and my brother’s ability to communicate with family on my father’s side and the communities we grew up in. I felt ashamed at times, almost as if I had disappointed those who had expectations of me to speak Spanish. Here language was in a way, a marker of being Mexican to some. In hindsight, I think about my father who was fluent but never taught us Spanish. Although I cannot be certain, I have a feeling that it was something that both my father and some of his siblings actively avoided for various reasons. Consequently, I was never able to speak and communicate with my Abuela Eva (whose name I carry). I knew she was a powerful woman with lots of wisdom who loved my brother and I very much, but I will never know her stories or knowledge she could have shared. To that, I have promised to visit my aunties and the land in Mexico where they lived so that I could reconnect with that part of me. So far in my adulthood, I have worked to learn to speak Spanish and have been trying to get to know my aunties and others on that side of the family.

In speaking to not “being enough”, I recall being told by relatives on all sides of my family that I sounded “too white” or “whitewashed”. At this point, it began to feel like there was no place for me to truly fit in with the expectations others had of me. Being put into school in the “suburbs” for a “better education”, the way that I learned to speak, keep up, adapt, and exist in that setting was all that I knew. But in this ambiguity and process of seeking self in my mixedness, I learned to find confidence and strength when representing myself from my mother who in her own mixedness also faced issues and ugly prejudices regarding her ethnicities. I remember hearing Native family refer to her as a “mutt” or “halfbreed” and thought to myself, “these are terms often employed by those who think in such divisive and oppressive ways. Why would family say this to one another?”.

Nevertheless, my mother held her ground and embraced every aspect of her and she passed this on to us in a number of ways. As children, my mother would have us write essays to her every year for Black History month. I remember writing about George Washington Carver, Mahalia Jackson, and Malcolm X to name a few. I learned that my grandfather was one of the first Black head engineers for 20th Century Fox, and I learned of the injustices he faced in his work. As a young girl, I held the princess title for the African Marketplace Powwow and represented mixed Black and Native peoples at the
powwows I attended. Through the years, I found empowerment and became increasingly involved with resistance organizations, teach-ins, and ways to represent my mixedness in my own scholarly work. I continue to do work with organizations such as the Lil Feathers program for Native American Students, Native American Student Programs, the Edna Aliewine Foundation in Watts, as well as guest lecturing whenever asked to.

When I am working with young people I will always mention to them that in order to do right by my ancestors and those before me it is my responsibility to acknowledge and embrace all parts of me.

When I am working with young people I will always mention to them that in order to do right by my ancestors and those before me it is my responsibility to acknowledge and embrace all parts of me. When I lecture on Native American History and Dance, I take that as an opportunity to remind people that Native people live a mixed existence as well, that we all do not exist as a fixed or generalized image of “Native” which is often misunderstood. I find beauty and pride in being able to jam out to Northern Cree, Nina Simone, and Selena while at the same time having our family recipe collard greens, cornbread and black-eyed peas alongside boiled meat stew and bannock on our dinner table. I can say “litamitsiksikoo”, “es un buen día”, “it’s a good day”, and I have learned to engage with many communities while being myself. There is a lot to be learned in diversity and people will always have opinions or disagreements, but I know who I carry with me on the daily, the communities I engage with, and the responsibilities I hold in representing my mixed background. It will always be a work in process as long as I live, but it is a mixed identity that I live in and committed to embracing.

Want to share your story and love for your Black and indigenous heritage? Email us at nativemax(at)gmail.com! 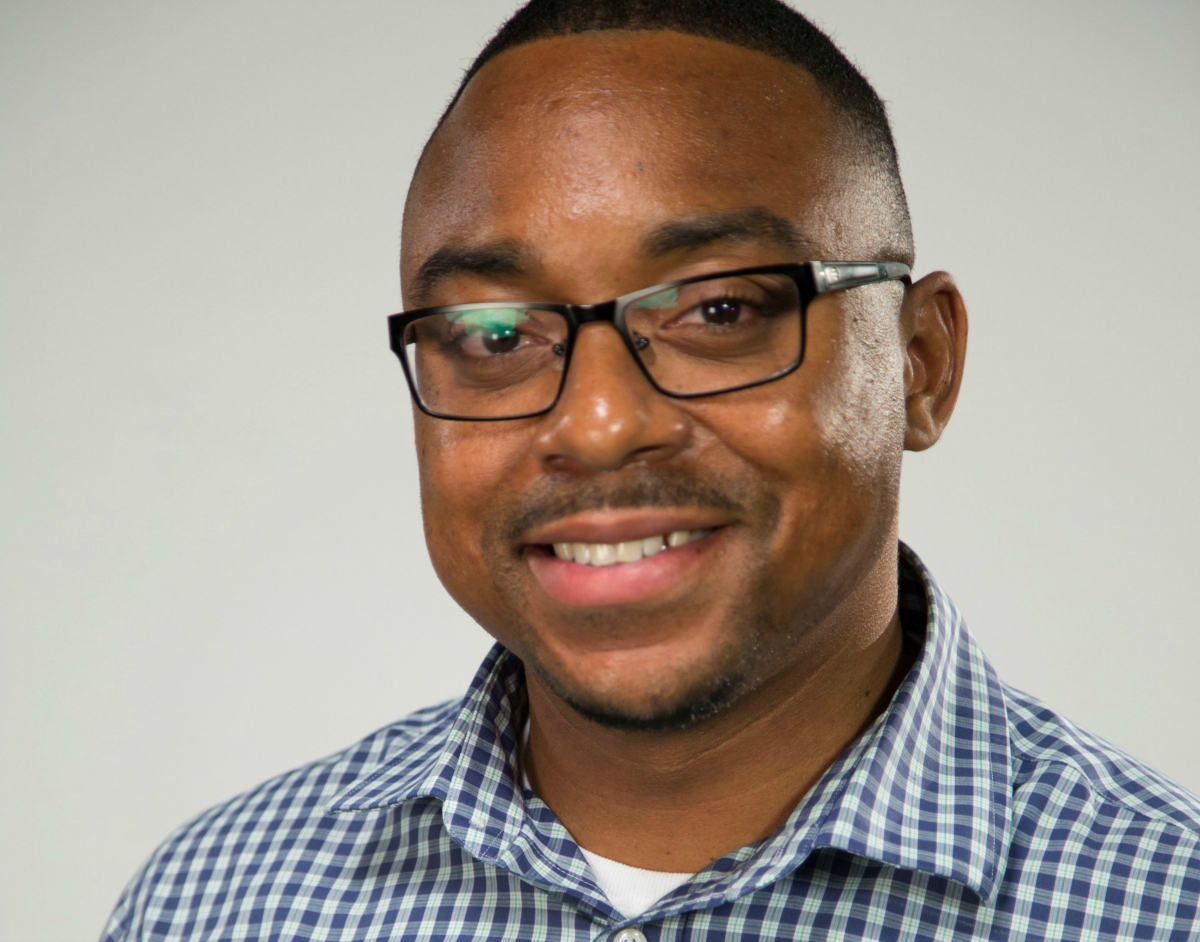 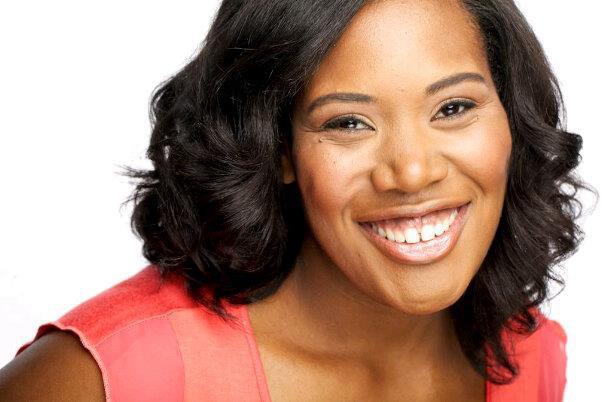 Diné (Navajo) and African American model Kiara Nizhoni Jones may seem the most modest (and sometimes quietest) person around; until you see her modeling portfolio. It’s her

My Native American identity journey is akin to an adult who meets their biological family after recently learning that person was adopted as an infant.

Andrina Smith is a writer, performer, and teaching artist who splits her time between the East End and Brooklyn. Educating the youth has been one