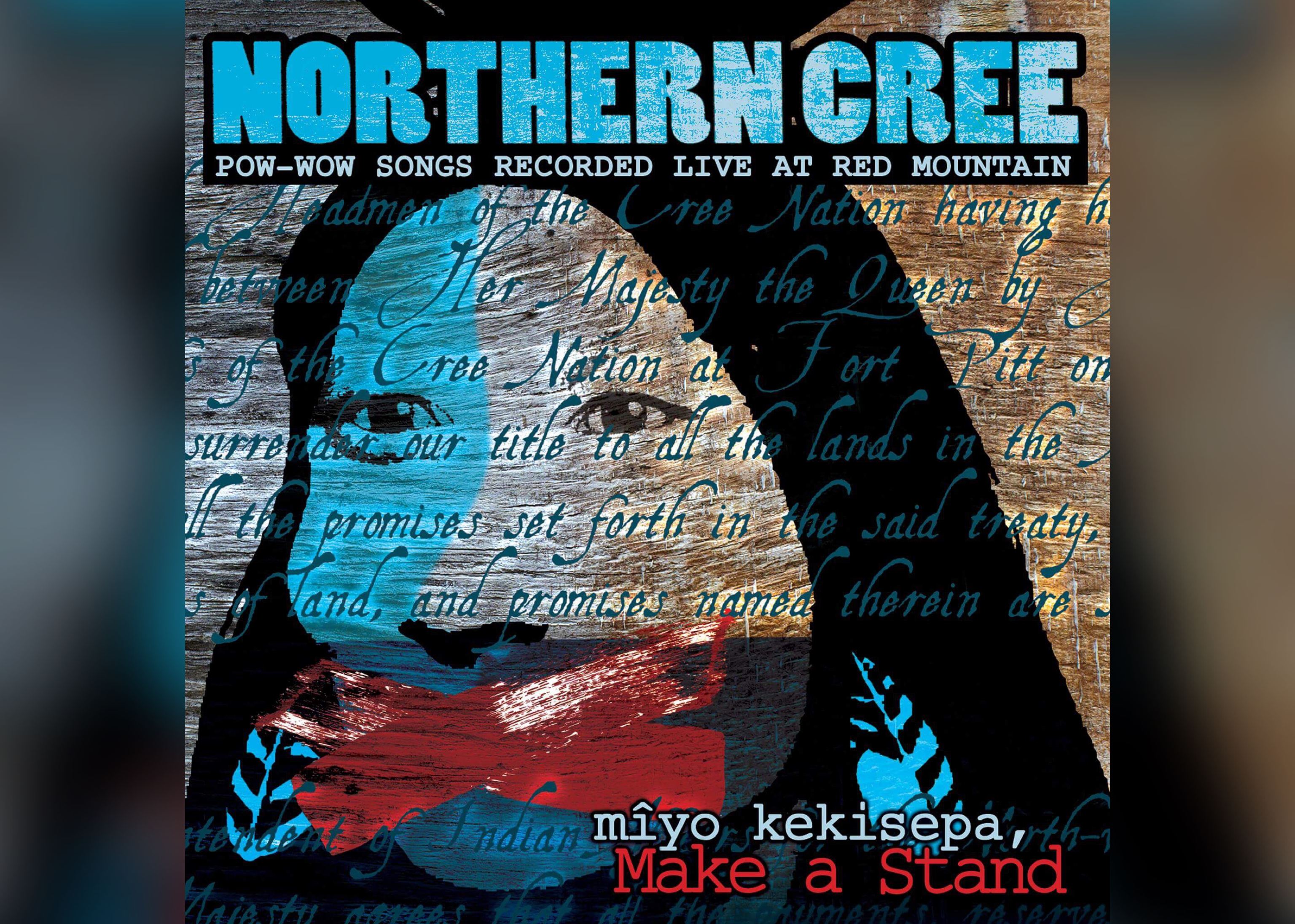 The legendary, trailblazing, world-renowned and 7-time Grammy nominated Northern Cree recently released their 40th studio album, “Mîyo kekisepa – Make a Stand,” under the Canyon Records label. Within its first week of distribution, mîyo kekisepa has already accomplished an extraordinary achievement to this Northern drum group’s historic discography – it has earned the #1 spot on the iTunes world music chart!

Northern Cree continues a legacy of powerful singing and song-making reflecting values of Indigenous peoples of the Western Hemisphere and its most recent album is why this group continues to remain a household name in Indian Country. It features not only state-of-the-art recording engineering, mixing and mastering that has set the standard for music representing the Native peoples of this continent, but also the delivery of a group that has continued to perfect their signature high-powered, balanced and unprecedented voice that has become iconic. Representing its dedication to culture, language, and song, Northern Cree’s newest titled will no doubt be among the great albums representing Powwow music as it is a testament to one of the most pressing issues affecting Native communities in Canada – the disappearance and inaction by authorities of Native/Aboriginal women.

“This summer marks the 26th anniversary since Northern Cree started recording with Canyon Records and their dedication to their music and their culture has been what has kept this group among the greatest in Native American music,” said Canyon Records Owner Robert Doyle. “Earlier this year, Northern Cree graced the Grammy Awards ceremony with a live performance placing them among the elite artists in North America.”

“Northern Cree’s dedication combined with an ability to keep an outstanding core of singers and songmakers together for more than 25 years is an impressive quality that has earned them among the world’s greatest artists in any genre of music,” continued Doyle.

Listeners can enjoy Northern Cree’s many albums on a variety of streaming services including Spotify, Google Play, Amazon, and Pandora or purchase their newest title at Canyon Records or iTunes. Continue to watch out for Northern Cree on the Powwow Trail or through Canyon Records as they continue to pave a path that has inspired the masses not in Indian Country, but beyond.