“My Son Had to Cut His Hair to Attend School” 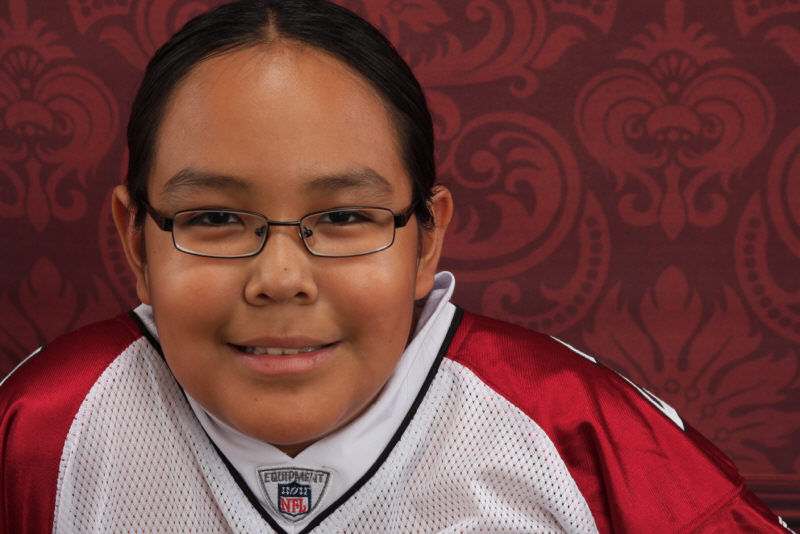 Every kid wants their new school year to be epic. With brand new school supplies, a whole new wardrobe and a fresh start in school, the first day should be exciting. But to 12 year old Lareal Wilson, his first day of school at Legacy Traditional School was both embarrassing and upsetting. Lareal was told in order to stay in his school, he’d have to cut off his long hair.

It was around noontime on Wednesday August 7, 2013 when Karen Wilson received a phone call from her son’s new school, Legacy Traditional School in Laveen, AZ. Little did Karen know, this day would be her son’s first and last day at the school.

A GREAT KID
My son, Lareal Paul Wilson, is a very serious person with a sense of humor once you get to know him and earn his trust. He is twelve years old and a very respectable young man with a big heart. Lareal’s interests include art and he loves to play video games. He also loves to play sports like football, basketball and running. Lareal loves to hang out and spend time with his little brother. After high school, he plans to go to Arizona State University. Lareal is very passionate about that university and wants to follow in his aunt’s footsteps. Currently, he would like to pursue a degree video game design.

THE PHONE CALL
Wednesday, August 7, 2013, was my son’s first and last day at Legacy Traditional School. I got a call around noon about the length of my son’s hair and how it should be cut according to their policy. I asked to speak with someone other than the vice principal, whom I was first speaking with. I was then transferred to the school’s superintendent, where I only got a voice mail option. I left a message regarding the school’s hair policy, along with my call back number. With no response or call back from the superintendent by 1:30 P.M., I physically went to the school to speak with the vice principal, since she was the one I spoke with earlier that day.

NO NEGOTIATING
Since I knew before speaking that she was not willing to let my son attend their school with long hair, I asked if there was a similar case and what the outcome was at the beginning of the meeting. I didn’t want to waste my time and more importantly, my son’s time. Her response was that it did happen a couple days before and there was nothing that could be done about it, no exception. However, this particular case involved an African American with dreads, so I still went on to tell her he is Native American and having long hair is a part of our culture. I stopped trying to explain further because she kept interrupting, saying, “I’m sorry”. At that point, I had no choice but to withdraw my son. I signed the withdrawal slip and waited for my son.

BAD EXPERIENCE
As we walked to the car, I noticed my son’s eyes were red and he was fighting back tears. When we got inside the car, tears streamed down his face, very upset by the whole situation. When Lareal finally calmed down, he told me of his experience earlier that day. Obviously before receiving the phone call from the school, Lareal recalls his teacher repeating over and over, explaining whatever to another female, “she this and she that” about his schedule. My son is very respectable and finally spoke up and said “I’m a boy” The teacher then stopped and asks, “you’re a boy?!” then proceeds to examine his hair by turning his head to the side and showing him where his hair should be cut. Lareal was then taken to the principal to question if he was given permission to have long hair as a boy.

VICTIMS OF DISCRIMINATION
I gathered phone numbers that same afternoon of some local schools and found myself asking this important question to them: What kind of policy do you have against boys with long hair? After I contacted two schools, they both had no such policy against Native American boys with long hair and even included this rule was unheard of. At this point, I realized that my family had been victims of, perhaps, a discrimination of some sort. My initial reaction was thinking how ignorant and dumb this policy was on hair. I couldn’t believe that his long hair was preventing him from attending this school. After seeing my son in the state he was in, I knew they were wrong.

STANDING STRONG
The topic that evening was continuous talk of how important it is to be Native American and to be proud of that. Lareal went through books we had about Native American history, as a way to remind himself that no matter what our Native people have suffered in the past, we are still here today. The way my family and I dealt with this situation was first, to let our son know we love him. Having a strong family support is important in any situation. The love and support that we give to Lareal allows him to continue to be proud of being Native American, just as we are. As his parents, he is not alone in this fight.

After dinner, but before going to bed, I posted the awful experience on Facebook. It went from being seen by my small group of friends and family to an ongoing story with support and hundreds of shares. My husband and I found ourselves in a unique situation that we could turn back on. Lareal attends different school now and they have no issue with his long hair. As the reaction to the policy enforced by Legacy Traditional School, they were appalled.

THE NEED FOR CHANGE
The high level of importance to get my son’s story out there is to bring awareness to this ongoing issue. I have seen the amount of support we have received in all of Indian Country and this incident is shocking to know that policies like this still exist in modern day at schools. The fact that a child is put in this situation without any warning is heart breaking. I’m pretty sure this has happened to countless others before and the goal is to make it stop. By continuing to communicate and educate the public about the importance of our Native culture and tradition, we are protecting who we are as Native American. Schools that require Native students to cut their hair need to stop because it destroys the pride in being Native American. Our youth today are returning to our Native roots and as parents and grandparents we support that.

SUPPORT FROM NATIVE MAX
As soon as Karen posted her status regarding her son’s experience on her Facebook page, it spread like wildfire, with shares, likes and comments. When Karen’s status came across Editor-in-chief Kelly Holmes’ Facebook newsfeed one night, Kelly immediately became interested in Lareal’s story and offered to feature Karen and Lareal in the Fall issue. With the help of publishing their story, we at Native Max hope to bring this shady form of discrimination, which happens all over Indian Country in schools, to light.

At the time of writing this story and publishing this issue, the Principal, Vice Principal, CEO and Executive Director of Legacy Traditional School could not be reached for comment.