Director and writer of THIS IS NOT A CEREMONY Ahnahktsipiitaa spoke with Native Max about the short film during its premiere at the 2022 Sundance Film Festival–the inspiration for and the challenges he overcame making this exceptional piece about the darker sides of living in Canada while Indigenous. 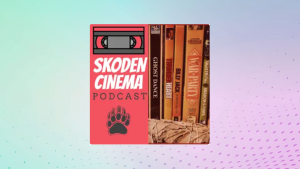 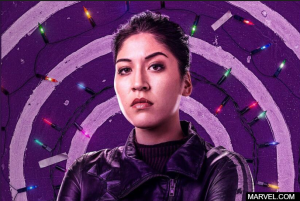 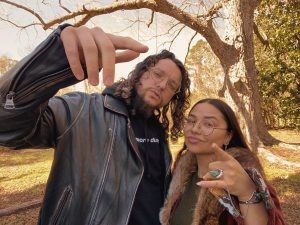 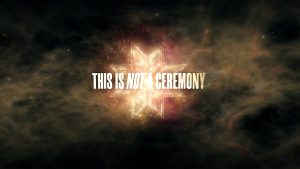 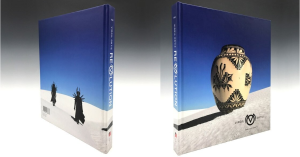 As the 2022 Sundance Film Festival wraps up today, we wanted to share our review of the virtual reality (VR) experience, THIS IS NOT A CEREMONY.

THIS IS NOT A CEREMONY made its debut at the end of January as part of the 2022 Sundance Film Festival’s New Frontier program. Niitsitapi writer and director Ahnahktsipiitaa (Colin Van Loon) takes us beyond the veil of traditional media and transports us directly into another realm, where past, present, and future are one; where colonial rules and assumptions are forgotten; and where we can finally get to the truth of the matter.

In this stunning, cinematic VR experience, we’re invited to watch as the narrative unfolds all around us, on a dream-like plane of existence where spirits and time flow and merge, and stories come to life and dance before our eyes. Inside this immersive virtual world, two Indigenous trickster poets in mirrored red suits and long braids guide us on a journey in which community protocols confront our notions of personal responsibility. The pair’s sharp wit and caustic humor will be familiar to anyone who has spent time in First Nation communities, and their camaraderie keeps us at ease as we explore some of the darker sides of living life in Canada while Indigenous.

Matriarchs and Inii (buffalo) rule this virtual realm. They pull no punches, yet they lead us with kindness, bringing us face-to-face with some of the grim realities Indigenous Peoples have experienced. We explore the stories of two Indigenous men wounded by the colonial tradition of systemic racism. These stories disrupt the status quo, laying bare the benign cruelty of colonial oppression, and dare to ask, “Now that you know, just what are you going to do about it?”

This unforgettable experience will stay with you long after it’s over. Challenging us to act on what we’ve learned, THIS IS NOT A CEREMONY calls on all who’ve watched to bear witness and share what they’ve seen and heard, to learn from these tragedies—and never to forget.

I was impressed with the experience of the real adventure of THIS IS NOT A CEREMONY. I stood in the center of the arbor where the galaxy engulfed the top. Immersed in the story being told, I felt like a ghost in the scenes of the narrative, close enough to feel the person’s sadness, and yet, so far away, I felt helpless. I found the pair of poets constantly looking back at me as if to ask me, “what do you think?” Twenty-two minutes is not enough; I wanted to hear and see more stories and cultural presentations.

Ahnahktsipiitaa spoke with Native Max about the short film during its premiere at the 2022 Sundance Film Festival–the inspiration for and the challenges he overcame making this exceptional piece about the darker sides of living in Canada while Indigenous.

Kelly Holmes for Native Max: Would you mind introducing yourself?

Ahnahktsipiitaa: In Blackfoot, my name is Ahnahktsipiitaa. In English, I go by Colin. The name was given to me by one of our elders back home, Philip Wolfchild. I am originally from Southern Alberta.

Kelly: So, what is your inspiration for this fantastic piece?

Ahnahktsipiitaa: Initially, when I heard this story about Brian Sinclair [editor’s note: Brian Sinclair was an Indigenous Canadian 45-year-old man who died waiting to be seen in the emergency room at Winnipeg’s Health Sciences Centre thirty-four hours after he arrived] I had this feeling. You know, when you see something on your newsfeed, and it’s horrific, you feel dumbfounded, like how could this ever happen, then you see things like this happen all the time and feel dumbfounded, but also jaded at the same time? I had always felt that about Brian’s story. Although it occurred in 2008, it always bothered me. That was a major inspiration for the VR experience. As I started to develop it and work under this idea, if we brought people closer to the storytellers and the stories by using virtual reality, they would gain new insight into what it’s like. This idea of Brian waiting in the hospital for thirty-four hours, if you’re sitting there with him, it becomes that much more awful because you can see how close he is to the desk. You can see the other people in the waiting room.

Everybody asks me, “who’s your main audience?” I always make films for Indigenous people. I want Indigenous people to see this and see the resilience of Adam North Peigan and Robert Sinclair because these are heavy stories. I think these men have carried themselves well in life. They worked hard for their particular causes. When we were writing Brian’s story, I was talking to my relation Adam, who does a lot of good work for the sixties scoop survivors–sixties scoop was, also known as the stolen generation, the government of Canada’s use of the foster care system as a way to kidnap Indigenous kids and then ship these kids all over to take them out of their communities–about the project, he told me a little more about his story. VR is that we don’t have a lot of time for people in the headset because people just aren’t used to it; it’s challenging for people to stay in there for fifteen to thirty minutes. When Adam told me this part of his story, I asked, “would you be comfortable telling that part of the story? Would you want to do this?” He said, “yes, very much. I think it could be very good for some of the work we do at the Sixties Scoop Indigenous Society of Alberta and the Legacy of Hope Foundation.” We chose these couple of moments because we don’t have time to tell everybody the full story of somebody’s life, but we have these two moments.

We have the moment of young Adam being taken from one abusive home, walking across the yard on the same farm to another home. He’s not going to a place of safety; he’s going back to more danger. We have Brian in the waiting room for thirty-four hours at the hospital. To give people a sense of this kind of scale, I watched many virtual reality projects and 360 films. There is a particular type of VR called Empathy VR which I always found to be very problematic because a person can watch some experiences, take off the headset and go home. We have a tradition of witnessing [these experiences] at home, so we wanted to ask people to take on this responsibility of becoming a witness so that as they were watching these stories, they had a duty. I still hope that they’ll take it seriously.

I wanted people to experience something with the trickster poet characters with these reenacted scenes of Adam’s or Brian’s life. We’re recreating somebody’s memory, but I wanted people to experience something real and unique. I wanted them to experience this kind of perspective of radical young Indigenous men who might also see this. It’s part of this conversation on Facebook or people who are on the frontlines of movements. So I wanted to include their perspectives. Everything the poets did, they did it live unrehearsed and unwritten. We would edit the film, but everything they said was a hot take or impromptu. We did some rehearsals to try to dial in what we said and how it was said, but what they said was relatively unrehearsed or freestyle. We also needed love, so we’re grounded by the great matriarch, Lillian Howard, who tells us what it is to be a witness. It grounds the whole film in a foundation of love. That would be my inspiration.

Kelly: What were some of the challenges you overcame?

Ahnahktsipiitaa: We had many nations involved in the piece. We had to represent all these different nations in the film, so there were a lot of protocols that we had to follow in terms of that and weave it into the story in some small way. I want to acknowledge those people and their communities because I have great respect for them in real life.

During the pandemic, post-production was extremely difficult with transferring around large files. We shot in 10k 3D, so the video’s file size is enormous. Then, we lost some people along the way; Taran Kootenhayoo, and we lost Lillian Howard just before Christmas. I love and respect those people so much. Of course, we carried on with the blessings of their family, but it was tough to do that. We were also conscious that we wanted to make an excellent final performance for both of them.

Kelly: Is there anything else you’d like to add?

Ahnahktsipiitaa: I was pleased that we could also work with Dr. Eldon Yellowhorn, an anthropologist and teacher at Frazier University in Vancouver. He’s also from the Piikani First Nation, and it was really good to work with him on the voice-over narration. We pulled some texts from one of my favorite books by one of our Blackfoot elders who passed on, Percy Bullchild. He wrote a book called “When The Sun Came Down.” At the beginning of the piece, we talk about the connection between humans and buffalo, and Eldon translated those pieces for us in this older style of Blackfoot. I was happy that he helped us.

The THIS IS NOT A CEREMONY VR experience will continue its festival and community circuit and will eventually be available in the Oculus Store. People interested in knowing which festival the VR experience will visit next, should regularly visit its website, where The National Film Board of Canada (producer and distributor) will publish updates: https://www.nfb.ca/interactive/ceremony/