Home In The Magazine Uncovered: Behind the Cover of the California Issue 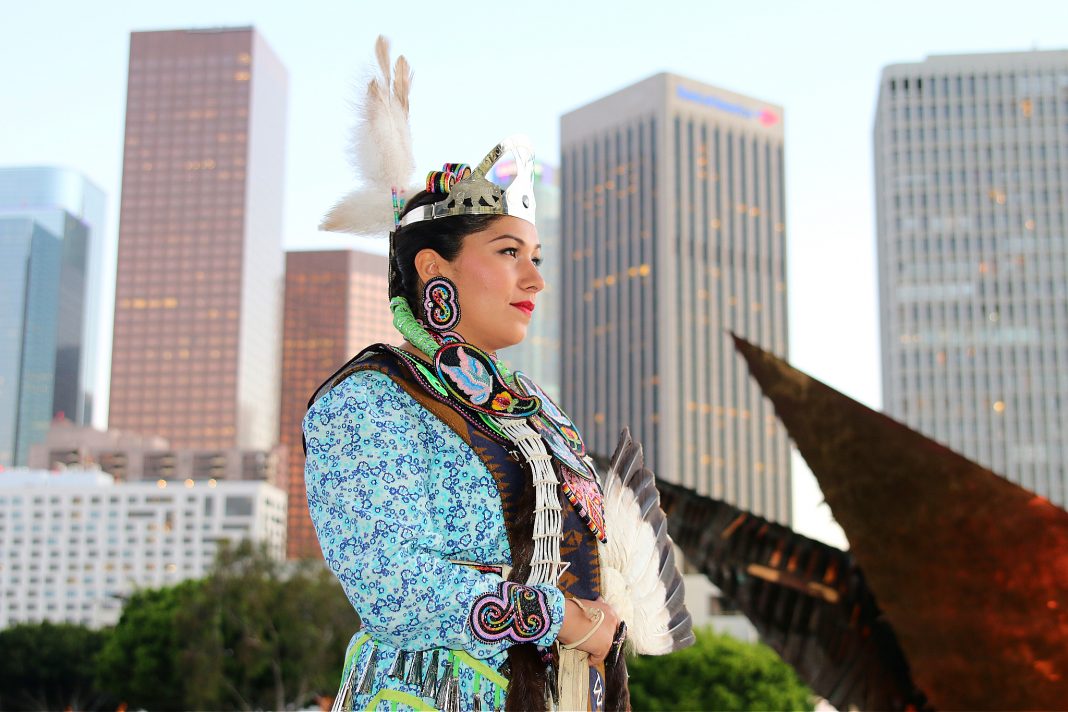 The July/August issue of Native Max was the CALIFORNIA issue, and although we had an idea of who we wanted on the cover, we were still undecided. In a way, we wanted a young girl or guy who would be able to represent the whole indigenous community of California; someone who could stand for higher education, and not just fellow Natives of the film industry.

We considered a handful of potential cover models when 22-year-old Dominique Lombardi stood out. She was just crowned Ms. UCLA Powwow back in May, and she leads the Pacific region in U.N.I.T.Y. She previously held her tribe’s “Daughter of Morongo” royalty title for three years and is a shining leader in her community.

The team gathered around and took a vote. It was then decided: Dominique Lombardi would grace the cover of our first annual CALIFORNIA issue.

It seemed perfect to pair the cover shoot location with downtown LA. Dominique was bringing her jingle dress and Ms. UCLA Powwow crown to the shoot. With the cover photos, we wanted to illustrate how the Native American community is thriving in the big city of Los Angeles. Teamed up with Marcie Bain and her gorgeous dresses, makeup artist Desiree Belone, and Zoe Friday leading the photography, this was certainly the perfect concoction of creative and California.

For her contemporary look, Dominique was styled in B.JASH.I. ensembles. Designer Marcie Bain (Karuk/Shasta) traveled to LA from her home in San Diego just for this shoot!

Dominique was photographed by Native Max photog and West coast regional director Zoe Friday (Arapaho). Zoe had the idea of shooting downtown, so the skyscrapers can be the natural backdrop.

City girl Desiree Belone (Navajo/Ponca) provided her makeup talents for the shoot. Check out our write-up on Desiree on page 24 of the California issue! 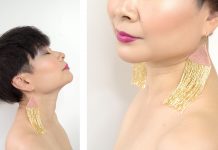 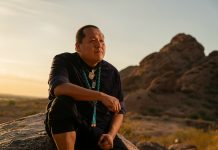 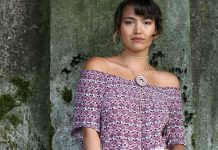