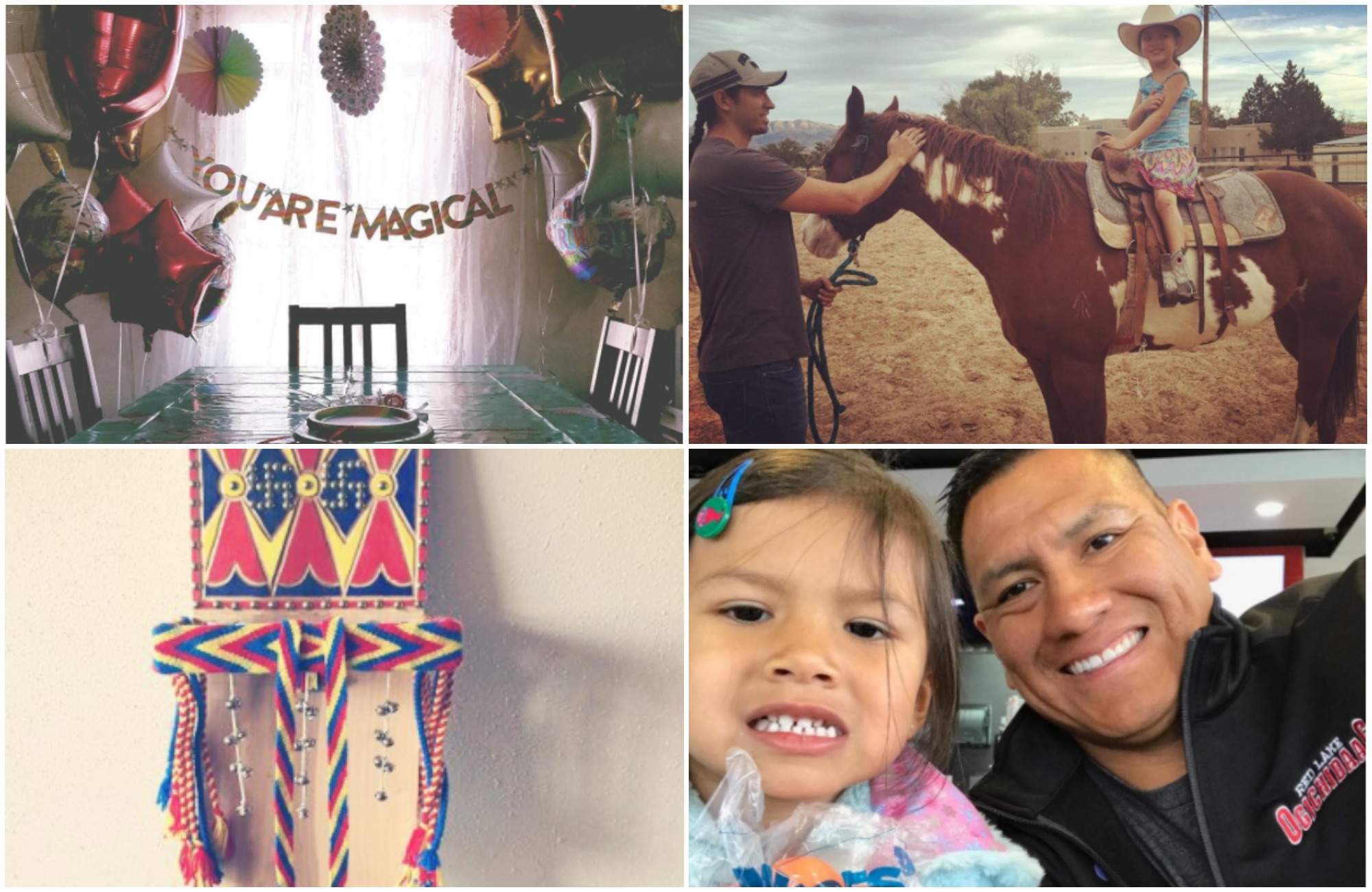 Meet these Native dads who have us laughing and smiling while gushing at the love and appreciation they show towards their children.

We’re kicking off Father’s Day week with stories and features celebrating our Native dads all over Indian Country! The media have been overlooking positive stories about Native American and First Nations fathers, so we decided to feature and tell the stories of Native dads in our special Native Dad’s week-long feature.

Most of us follow these Native American influencers and leaders, who also happen to be comedians and fathers who put their families towards the front of their lives.

Meet these Native dads who have us laughing and smiling while gushing at the love and appreciation they show towards their children.

We all know Dallas Goldtooth (Dakota/Diné), as a comedian and a member of the comedy crew, the 1491’s. We also saw Dallas post updates across his social media profiles with a constant stream of updates from the frontlines of the No Dapl resistance in North Dakota. Dallas is also the organizer for the Indigenous Environmental Network and is a traditional visual artist who creates quillwork jewelry and block prints. But one thing that certainly sticks out to his followers is the love he has his family.

As we follow and keep up-to-date with Tatanka Means (Lakota/Diné/Omaha), who is a comedian, actor, entrepreneur and a father, it’s definitely interesting to see Tatanka balance so much at the same time. However, no matter what he’s up to, he always puts being a father first. It’s also cute to see that he includes his young daughter in some of the projects he’s working on.

Ryan McMahon is an Anishinaabe comedian, writer, entrepreneur and all-around media maker with an impressive resume. Since 2010, Ryan has recorded 3 national comedy specials: “Welcome to Turtle Island Too”, “UnReserved” and “Red Man Laughing”. Ryan also became the first Native comedian to ever record a full mainstream comedy special with CBC TV. When not doing comedy, Ryan is working on his podcast network or setting the groundwork for digital media company Makoons Media Group as the CEO. Although Ryan is a busy entrepreneur, being a father is number one. Back in 2011, Ryan posted a deep, heartfelt video to his Youtube channel talking about the importance of fatherhood, and how being a father is an honor, among other things.

You may have seen Ryan Redcorn (Osage) as a part of the comedy group 1491’s. Aside from being funny and sharing jokes on his social media networks, Ryan is also a graphic designer, photographer, co-owner of Buffalo Nickel Creative, and owner of Demockratees. Although very private about his family, we gushed over this post about his third child, who is nestled in a handmade baby cradle.

The way Chance Rush (Hidatsa) can facilitate an audience and control a room with his humor and style goes to show how talented he is. Not only is Chance just a comedian, but he’s also a motivational speaker, an entrepreneur, and a family man. He occasionally shares posts and photos of his family. Just last weekend at the first annual Standing Rock Film Festival, Chance introduced his son to the crowd and mentioned that he was planning on showing his son around where Chance spent his childhood.