In this bit of news, we have a movie pick (that stars First Nations actress Grace Dove!) you need to add to your Netflix playlist.

Grace Dove, who is Secwepemc from Canim Lake Indian Band, plays badass Ricki in the newly dropped Netflix film How It Ends. She stars alongside very well-known Forest Whitaker and Theo James.

How It Ends tells the story of a man in search of his pregnant fiancé in the aftermath of a mysterious apocalypse that pretty much left the nation paralyzed with no electricity, fires burning out of control and dangerous superstorms lighting up the skies.

You immediately notice Ricki as James’ and Whitaker’s characters come across her reservation. We couldn’t help but laugh at her “Chill! Holeh…” response to Whitaker’s character and the mindblowing statement later on in the film: “The irony. Cheyenne, Chinook, Chickasaw, Apache, just think it’s funny that the army named its helicopters after tribes they tried to wipe out,” which left Whitaker and James’ characters speechless.

She moved to the beautiful city of Vancouver to pursue her passionate career as an artist. She is a graduate of the “Vancouver Film School Acting for TV and FILM” program and is currently auditioning and working regularly in the film industry. When she is not exploring a script Grace loves the great outdoors and capturing it through her photography, whether it’s ripping down the slopes or climbing a rock face.

Most recently her acting career has skyrocketed, with huge learning curves working alongside artists such as Leonardo DiCaprio, Tom Hardy, and Oscar-winning Director Alejandro González Iñárritu in THE REVENANT which premiered in theatres January 2016.

It’s pretty cool to not only see a First Nations actress play a larger role than typically seen in Hollywood, but in a film that’s on such a huge broadcasting platform such as Netflix.

You can watch How It Ends streaming on Netflix. 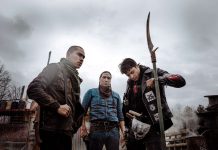 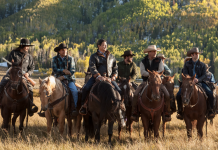 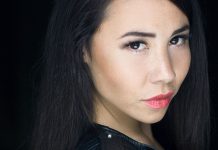