‘Reservation Dogs’ is officially Certified Fresh at 100% on the Tomatometer 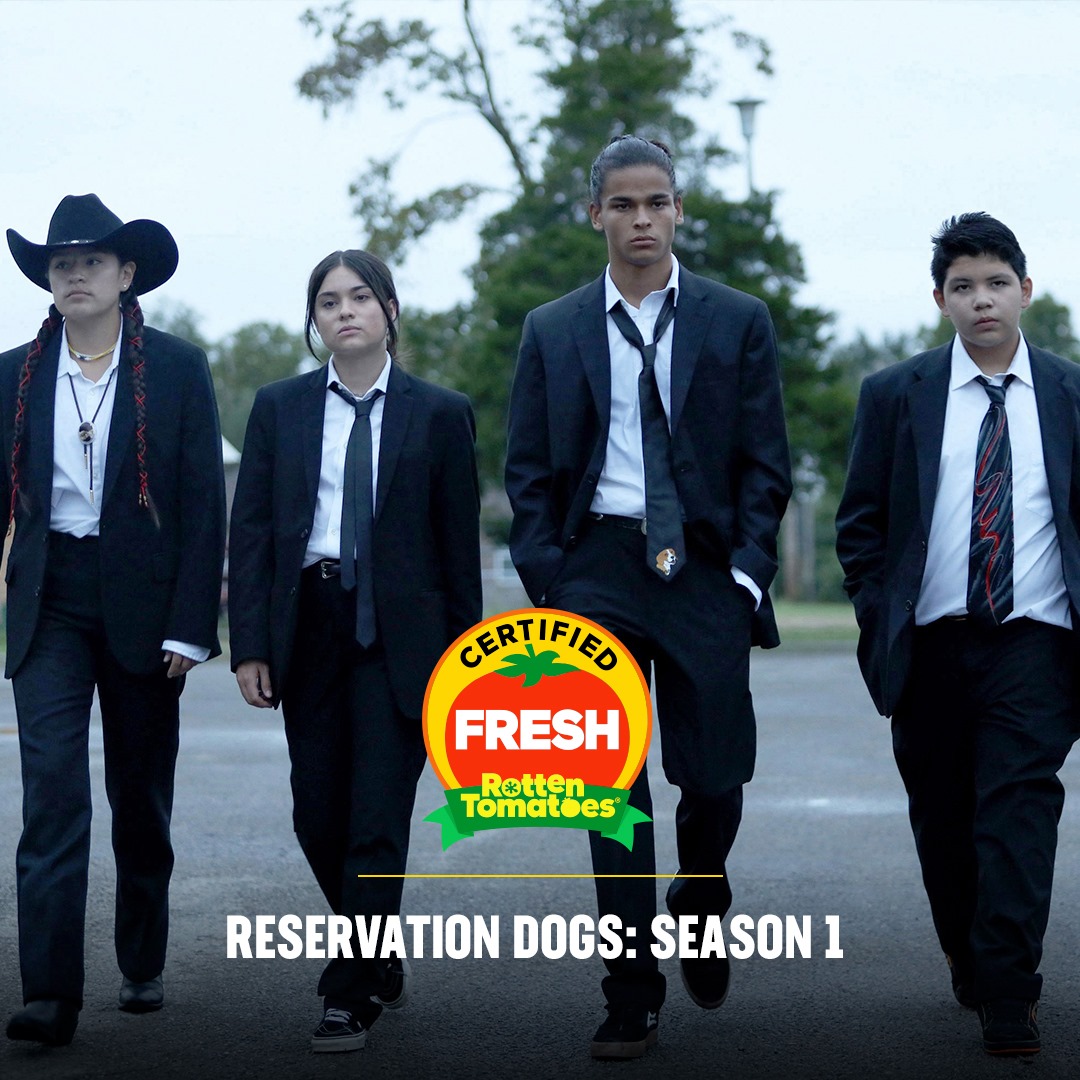 Sterlin Harjo and Taika Waititi’s ‘Reservation Dogs’ is officially Certified Fresh at 100% on the Tomatometer, with 22 reviews, including an average audience score of 79% (accompanied with a full popcorn bucket!).

Basically, this is a pretty big deal in the film and TV industry.

According to the website, Rotten Tomatoes and the Tomatometer score are the world’s most trusted recommendation resources for quality entertainment. As the leading online aggregator of movie and TV show reviews from critics, Rotten Tomatoes provides fans a comprehensive guide to what’s “Fresh” and “Rotten” either in theaters or at home on the TV screen.

Also, what’s Certified Fresh? Certified Fresh status is a special distinction awarded to the best-reviewed movies and TV shows. In order to qualify, movies or TV shows must meet the following requirements:

The above requirements for Certified Fresh status are only the bare minimum a film must achieve to qualify for the distinction. A film does not automatically become Certified Fresh when it meets those requirements. The Tomatometer score must be consistent and unlikely to deviate significantly before a film or TV show is marked Certified Fresh.

Lastly, a combination of curators, critics, and audience members determines the scores of movies and shows on Rotten Tomatoes. As stated on the website, Rotten Tomatoes has assembled a team of curators whose job it is to read thousands of movie and TV reviews weekly. The team collects movie and TV reviews from Tomatometer-approved critics and publications every day, generating Tomatometer scores. Their curators carefully read these reviews, noting if the reviews are Fresh or Rotten, and choose a representative pull-quote. Tomatometer-approved critics can also self-submit their reviews.

Rotten Tomatoes is a trusted website in providing the most honest and truthful reviews on new releases. Many people use Rotten Tomatoes to determine whether to see a new movie or show or not. Rotten Tomatoes scores can make or break a movie, and are even used in advertising campaigns for films.