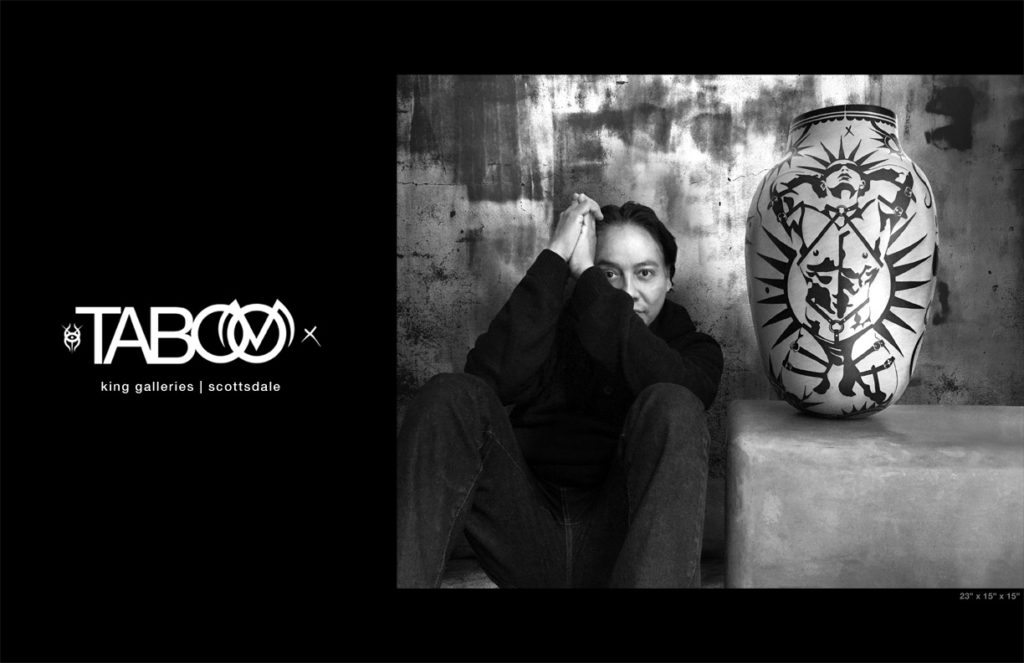 To Do: Taboo by Virgil Ortiz at King Galleries

Taboo is the concept of the unacceptable or forbidden. It ranges from topics we avoid in polite conversation, to that which society prescribes as outside its current social, sexual, cultural or political mores. Many actions or even social groups, which were once considered “taboo”, are now part of the mainstream.

When does that which is forbidden become that which is acceptable? Cochiti Pueblo artist Virgil Ortiz has spent a career engaging challenging themes through his provocative pottery figures and vessels. He continues a century of Cochiti Pueblo potters using their clay art as means for social commentary. Virgil is redefining Native art through his artistry. His new works in “Taboo” are both beautiful and at times a bit unnerving. That’s just the way he likes it. He challenges the viewer to take in the complexity of design and form, while simultaneously processing the content. It may all be a bit Taboo for Native art, but what is “cutting edge” today will certainly be the standard of tomorrow.