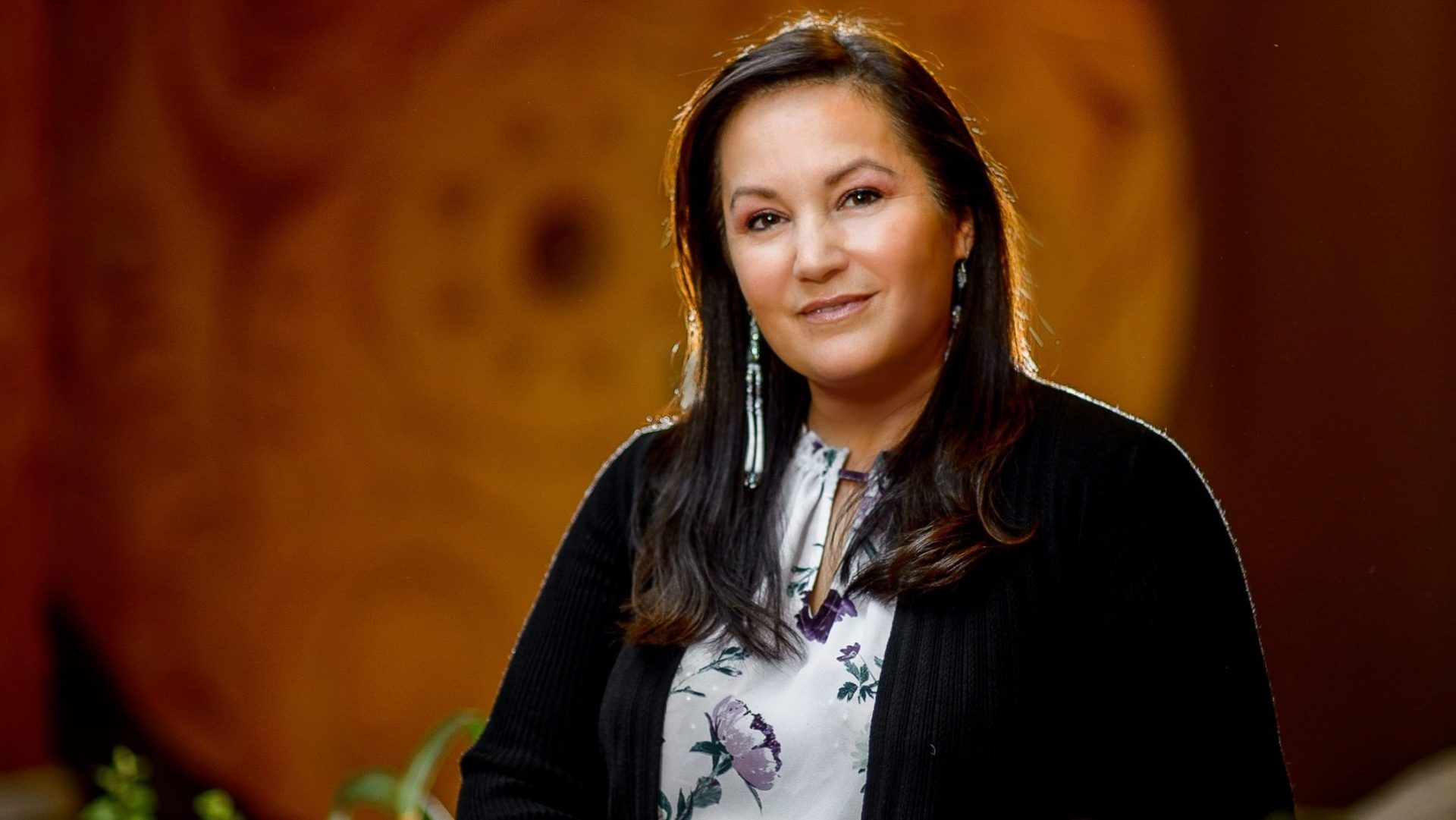 “It is such an honor to recognize Angelique as an outstanding alumna of Salish Kootenai College for the work she is doing in her professional career, and the impact that she is making in our community as well as on the national level for Indian Country. Angelique embodies what it means to be an alum of Salish Kootenai College. We are very proud of her accomplishments,” said Dr. Sandra Boham, SKC President.

“Being recognized by Salish Kootenai College for my work at American Indian Graduate Center is deeply humbling and I am very grateful. Our 50-year history of providing higher education scholarships and services points to our legacy of success in making an impact in the lives of Native students and their communities. What started as a movement towards self-governance has grown into our organization becoming the Center for Native Scholarships. To receive recognition for this important work is a tremendous honor,” Albert said.

Throughout her professional career, Albert has also worked as the Associate Director of the National American Indian Business Leaders Organization as well as various philanthropic roles, including Lead Native American Program Officer for the Beaumont Foundation of America and External Grant Reviewer for the Case Foundation. Her early career began by serving her own tribe as a Legal Intern, Court Appointed Special Advocate and Chief Juvenile Probation Officer.

Albert currently serves as a member of the Obama Foundation’s MBK Alliance Advisory Council. Additionally, she serves on the AISES Tribal Nations Advisory Council and the Lead for American Advisory Council. She has served as a board member for the Potlatch Fund, a Native-led nonprofit that provides grants and leadership development in Tribal communities throughout Washington, Idaho, Oregon, and Montana. Albert also served as a board member of S&K Gaming LLC, one of the Tribal corporations owned by the CS & KT Tribes. Angelique has a B.A. in Human Services from Salish Kootenai College and an MBA with a special emphasis in American Indian Entrepreneurship from Gonzaga University.

nativemaxhttp://www.nativemax.com
Native Max is a brand and publication which features positive talents and stories of indigenous peoples of Indian Country.