The inaugural Standing Rock Nation Film & Music Festival, honoring Water Protectors, Youth and Women, will take place June 2, 3, and 4 at the Prairie Knights Casino & Resort, 7932 ND-24, Fort Yates, North Dakota. The Festival is presented by the Oceti Sakowin (The Seven Council Fires, in association with the Standing Rock Sioux Tribe). Admission is free with up to the minute information at www.StandingRockFilmFest.com.

“It is our goal that this weekend Festival will empower, enlighten, and entertain the Native Community and all global citizens through film screenings, panels, and roundtable conversations,” says Mitchell Zephier, Executive Director & Founder of the Standing Rock Nation Film & Music Festival.

On Friday at 5:00 PM, an opening night reception will take place followed at 7:30 PM with a special screening of AWAKE A Dream from Standing Rock, directed by Josh Fox, James Spione and Myron Dewey, and featuring cast members Floris White Bull and Prolific, Tha Rapper. This film premiered at the Tribeca Film Festival in April, and captures the story of Native-led defiance that forever changed how we fight for clean water, our environment and the future of our planet.

“We all share the same air and drink water, and by showing the stories that focus on the struggle to protect natural resources, sacred sites and human rights,” says Phyllis Young, President and Founder of the Standing Rock Nation Film & Music Festival, “we hope that The Standing Rock Nation Film & Music Festival will continue the momentum created by the 500+ Native American nations, bands, communities and Water Protector allies who came together at Standing Rock.”

On Sunday, June 4, the Festival will honor Women, the backbone of the NoDAPL fight; featuring the indigenous women who have united to stop the oil pipeline, which threatens their land water and very existence. A clip of Shannon Kring’s powerful documentary End of the Line: The Women of Standing Rock will be shown followed by a Women’s Panel with Shannon Kring, Pearl Means, Phyllis Young, Gwendoline Cates, LeNada Warjack, LaDonna Brave Bull Allard, and more.

Sunday screenings will include the Virtual Reality film, From Alcatraz to Standing Rock, featuring LaNada WarJack and co-produced and directed by Aneeta Akhurst and Cailyn Bradley and the documentary The Good Mind, by Gwendolen Cates, about the Onondoga (Iroquois) Nation, one of the six nations of the Haudenosaunee, which is facing the same environmental and sovereignty issues as Standing Rock.

Closing the Festival on Sunday will be the screening of this year’s Sundance World Cinema Documentary Special Jury Award Winner Rumble: The Indians Who Rocked the World by Montreal based filmmakers Catherine Bainbridge and Alfonso Maiorana. The film explores the often-unheralded contributions of Native Americans in shaping popular song and features Link Wray, Robbie Robertson, “Queen of Swing” Mildred Baily, rock legend Jimi Hendrix, and guitarist Jesse Ed Davis. At 10:00 PM there will be an After Party celebration and Jam session with Musician and Activist Pura Fe in attendance.

Admission to the Standing Rock Nation Film & Music Festival is free, but with large crowds anticipated, attendees are encouraged to register in advance Online for guaranteed admission. Want to donate? With a $20 donation supporters will receive the inaugural Standing Rock Nation’s Festival All Access Badge.

For event registration, make a donation, or get complete festival information, call 605-407-7552 or visit www.standingrockfilmfest.com. 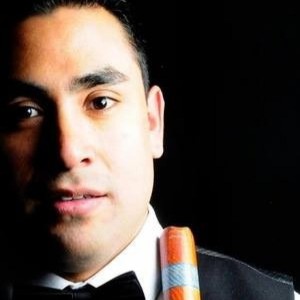