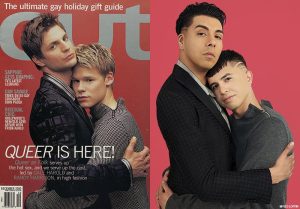 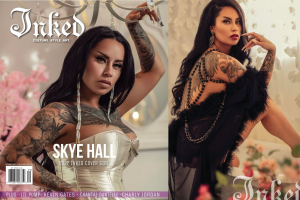 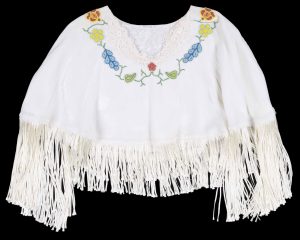 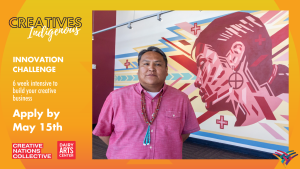 The EC Gallery Native American show was conceptualized by Ruth-Ann Thorn, a registered tribal member of the Rincon Band of Luiseño/Payómkawichum Indians in Southern California. She is an Indigenous woman warrior, and her ability to overcome adversity speaks to her resilience as a Native Woman. As a tribal leader, art dealer, producer/host of “Art of the City,” her artistic vision as an entrepreneur is fueled by a passion for her community. Ruth-Ann serves her tribe as the chair for the Rincon Economic Development Board and is the Chair for her tribe’s Investment Board.

“My mom and I opened our first gallery in 1995 in La Jolla and it was built from the passion we have for sharing visual arts,” added Ruth-Ann. “We had no idea we would realize such great success bringing art to the people. It was fun and exciting. In addition to our rotation of acclaimed art shows we hold in our gallery, we are proud to introduce Southern California to the amazing work of the top Native American artist in the country.”

In addition to meeting the acclaimed artists, guests at the April 8 thru 10 show attendees will also be able to enjoy Native American wine and Rincon Reservation Road Brewery beer. There will also be light bites and music.

RSVP is recommended. The cost for the show is free and open to all ages — except the Saturday VIP event where guests must be 21+. Please visit their website at http://www.ecgallery.com to RSVP and for more show details.

Randy L. Barton, known on the streets as Randy Boogie, is a multi-talented Neo-Contemporary Native American artist who shares his unique culture and traditions as a designer, dancer, DJ, live-performance painter carries on the tradition with his visionary live painting. Randy resides in Tuba City, Arizona. In addition to showcasing his works of art, Barton will be “spinning records” Saturday, April 9.

Joe Hopkins, a citizen of the Muscogee Nation and a Native of Oklahoma, is a modern Indigenous artist long celebrated and revered in the national art scene. He frequently travels across the country featuring his work in digital design, acrylic painting, beadwork, leatherwork, sculpture, animation, and video. Joe Hopkins is no stranger to San Diego. He was commissioned to do the wall mural at the Rincon Reservation Road Brewery tasting room in Ocean Beach, CA.

LX Lewis is a Native American acclaimed artist with vast experience in many media work as well as three-dimensional art. He creates ceremonial and dance regalia with a distinctive style that combines traditional forms with modern design. Alex is part of the Black Sheep clan of the Dine’ (Navajo) people. LX resides in New Mexico.

George Rivera has been sculpting and teaching art for over 20 years. His work centers primarily on monumental stone and bronze sculpture, painting, and architectural design. The driving force behind all of his creations is the Native American Pueblo culture. Recent Governor of the Pueblo of Pojoaque in northern New Mexico is a man of many talents. He has served his Pueblo since 1992 as Lt. Governor and was appointed and soon elected Governor upon the passing of former longtime Governor.

Jeremy Salazar is a Native American contemporary painter based in Albuquerque, New Mexico. He specializes in vibrant acrylic portraitures with a combination of abstraction and realism. He was born and raised on the Navajo reservation in New Mexico, Jeremy has never received any formal art training and is consequently a self-taught artist. Yet his humble upbringing on the reservation has helped shaped his artistic paradigm and purpose for art.

Cody Sanderson is known for his imaginative, often playful style. He uses traditional Navajo techniques that are inspired by his surroundings. Sanderson loves the challenge in creating something different and with this as his motivation, the results are a completely new, cutting-edge visual aesthetic, both contemporary and authentic. Working from his studio in Santa Fe, Sanderson often utilizes hand-fabricating techniques such as stamping, forging, casting, and bending to craft his award-winning jewelry.