Only a few people I have met can boast a humble yet inspiring personality as Miko Thomas, also known as Landa Lakes. Originally from Oklahoma but based in San Francisco, Landa’s career spans decades and platforms, although her name is mostly linked to the two-spirit drag community.  Between participating in both American Indian and Gay and Lesbian student organizations in college as a youth and acting as a mentor to younger drag performers, two-spirit Chickasaw drag queen and community organizer Landa always played a massive part in the LGBTQ2S+ community and continues to. In addition to serving as a board member of Bay Area American Indian Two-Spirits (BAAITS), a community-based volunteer organization offering culturally relevant activities for the Gay, Lesbian, Bisexual, Transgender, and Intersex Native Americans of the Bay Area, she’s been a judge on drag pageants. She has utilized drag to raise funds and awareness for communities. Currently, she and her drag troupe Brush Arbor Gurlz perform nationwide to educate others about Native politics and issues.

Although Landa first became interested in drag in the ’80s, she admits to already borrowing her sister’s dress at four years old. Despite being called a “sissy,” Landa continued, eventually using drag as a means of getting into clubs in Oklahoma City despite being underage. Landa didn’t drink, though, as she just wanted to be where the crowd gathered and were accepted. Landa was heavily involved in both American Indian and Gay and Lesbian student organizations while attending the University of Oklahoma in Norman, OK; Landa considered herself very comfortable. However, she had to “go back into the closet” when she joined the US Navy.

Landa is known to be outspoken and political; even her drag name “Landa Lakes” is a tongue-in-cheek reference to the Land-O-Lakes butter mascot. She credits her AIM and political upbringing for her activism, especially her father and uncle. For Landa, it’s hard to leave behind being an activist, which is why Landa incorporates activism in her drag performances. In her performances, she focuses on Native issues, including misconceptions about Natives to real political topics such as NO DAPL, natural resources, and MMIWR. Landa also mentions that at the beginning of some of her performances, she acknowledges the land she and her audience are on, which she says is a form of activism. “Land acknowledgment is a form of activism, you’re making a political statement,” she says.

Landa is one of the oldest, prominent Native American drag queens and undoubtedly influential in the LGBTQ2S+ community. She’s well known throughout Indian Country, primarily San Francisco, California. She founded the Brush Arbor Gurlz, the first all-Native American drag troupe, in 2005. Landa also became the “drag mother” [experienced drag performer who acts as a mentor and guide to someone who wants to learn the art of drag] of “drag children” [a collective of younger, inexperienced drag performers] and formed a “drag family” [group of drag performers] called House of Glitter, or HoGz for short. HoGz is a multi-ethnic drag family that has established itself well in the Bay Area, having made considerable contributions to the nightlife in San Francisco. Composed of a diverse troupe of drag performers from Glamor to Goth to Camp Drag, these girls mix their talents to create fun numbers and performances.

We sat down with Landa to chat about her journey from first starting drag in the ’80s to being an integral part of the LGBTQ2S+ community of San Fransisco and Indian Country.

Where are you from?

I’m originally from Tupelo, Oklahoma, or you could say Stonewall too because we lived very rurally.

I’m from the Chickasaw Nation or Chikashsa saia, as we say.

What are your preferred pronouns? What would you like us to call you during this interview?

I first became interested in drag in the ’80s. But, it’s not like I wasn’t already “borrowing” my sister’s dress from early on from the age of four. Yes, I got in trouble a lot and was often called iknakfi (sissy). I first used drag as a means to get into clubs in Oklahoma City. I’ve never drank mind you, but when you are young, you want to be where the crowd gathers. When I wasn’t trying to get into Angles or Tramps, I did love the Wreck Room, which was an underage club that had a drag show with hostess Patty Melt of the Melt Sisters. In those days, we used to have to bring cassettes tapes to play our music for performance.

Tell us about your political upbringing. How has that influenced your life and everything that you do?

When I was five, my father was attending Murray State College, and we lived in Tishomingo at the time. My father got involved with the American Indian Movement through his classmates, also at the same time, my uncle Buster Ned had started up the Six Town Troupe made up of Chickasaw and Choctaw members promoting cultural preservation through music, dance, and language. Both of these things shaped my future. Kids wanted to be doctors and lawyers, but I just wanted to be like my relatives. If my dad wasn’t going to be idle in life, there was no reason for me to accept things as they were, and if Buster was so proud of our heritage, then I was going to be too.

Why is it hard to leave behind activism as you move through life?

Activism is something I think that either happens to you or something that you witness that you cannot abide by because of its sheer inequality that can be implicit or direct. I think being in my 50’s I’ve seen a lot of progress, but much of it couldn’t have happened without activism. I think people often see the status quo as a comfortable bed that is easy to sink down into even when it’s missing a few springs. I want there to be fairness that will make the lives of my nieces and nephews and next generations an easier path.

How do you incorporate activism in your drag performances?

My drag name, Landa Lakes, in itself is a tongue-in-cheek reference to the Land-O-Lakes butter mascot. It can be argued that an Ojibwe artist rebranded the mascot and gave representation to Natives, but ultimately the maiden was created by Arthur C. Hanson, a white man. A white man imagined it before it finally landed onto a Native American artist’s desk. But why was it a Native maiden? I believe all Native mascots are used as a message, some are for their fierceness, and some, as I believe this is the case, is for their sense of Americana, down-home American wholesome goodness, while not giving back to the Native people companies claim to honor.

My performances are varied from camp to art to glamour. Still, I do like to tackle Native issues and introduce them to an audience that is not familiar with “Indian Country”, from misconceptions about Natives to real political topics such as NO DAPL, natural resources, and MMIWR.

You were one of the founders of the first Native drag group, Brush Arbor Gurlz. When was this? Why did you decide to start this drag group?

Yes, I founded the Brush Arbor Gurlz affectionally known as BAGz in 2004. The Bay Area American Indian TwoSpirits (BAAITS) volunteered to host an International Two-Spirit Gathering, which meant raising a lot of funds. I was the only person doing drag at the time in our group, and since BAAITS events are clean and sober, I decided to create the drag troupe so we could raise money at the PowerHouse, which was the sponsor of my softball team. I then talked a lot of the Native girls into performing some for the first time, others had done occasional drag before, but no one else was really in the scene. And that’s how I became the Mother of the Arbor. I choose Brush Arbor Gurlz to reference the pretty girls you see at stomp dances that have a habit of staying under the brush arbors to keep out of the sun and the dust. We ran the shows for a couple of years as monthly; now we do more occasional special appearances and festivals. We didn’t even realize we were the first Native drag troupe until Randy Burns (founder of Gay American Indians in 1975) inform us at one of the events.

At what point where you were comfortable enough to be yourself and do drag?

Being a child of the ’80s, I guess I was comfortable before it was cool back then. At the University of Oklahoma in Norman, I belonged to the Gay and Lesbian Alliance (GLA) and American Indian Student Association (AISA). I didn’t think of it as being anything other than myself. Strangely enough, I did have to go back into the closet when I was in the US Navy, which was before the don’t-ask-don’t-tell era, but I was doing drag at a little club in San Francisco called Esta Noche. I didn’t tell my mother until around 2006 that I did drag. She came to visit and stayed in the guest room; my drag had expanded beyond my closet, and the room was being used as a dress/wig depository or drag room.

When did you become the mother of drag house House of Glitter?

I was still reigning under an infamous underground drag title in 2005 known as Trannyshack (the name has since been changed due to its unintended at the time offensive nature) StarSearch. I started to collect “drag children” that were not Native identified, and so I didn’t want to pull them into the BAGz. BAGz performer Ken Harper (Cherokee) suggested I name them House of Glitter. I did so before realizing that the acronym would be HoGz. The House of Glitter has since made considerable contributions to the nightlife here in San Francisco. 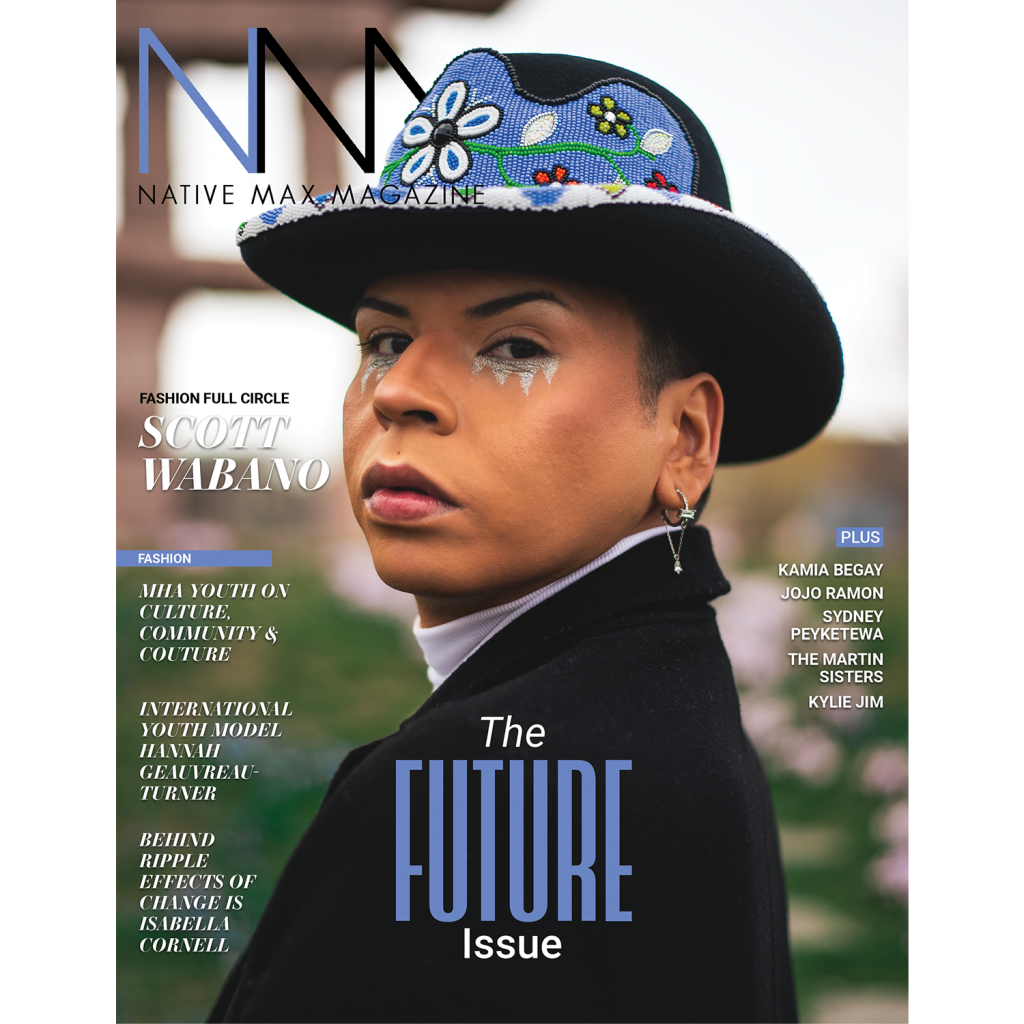 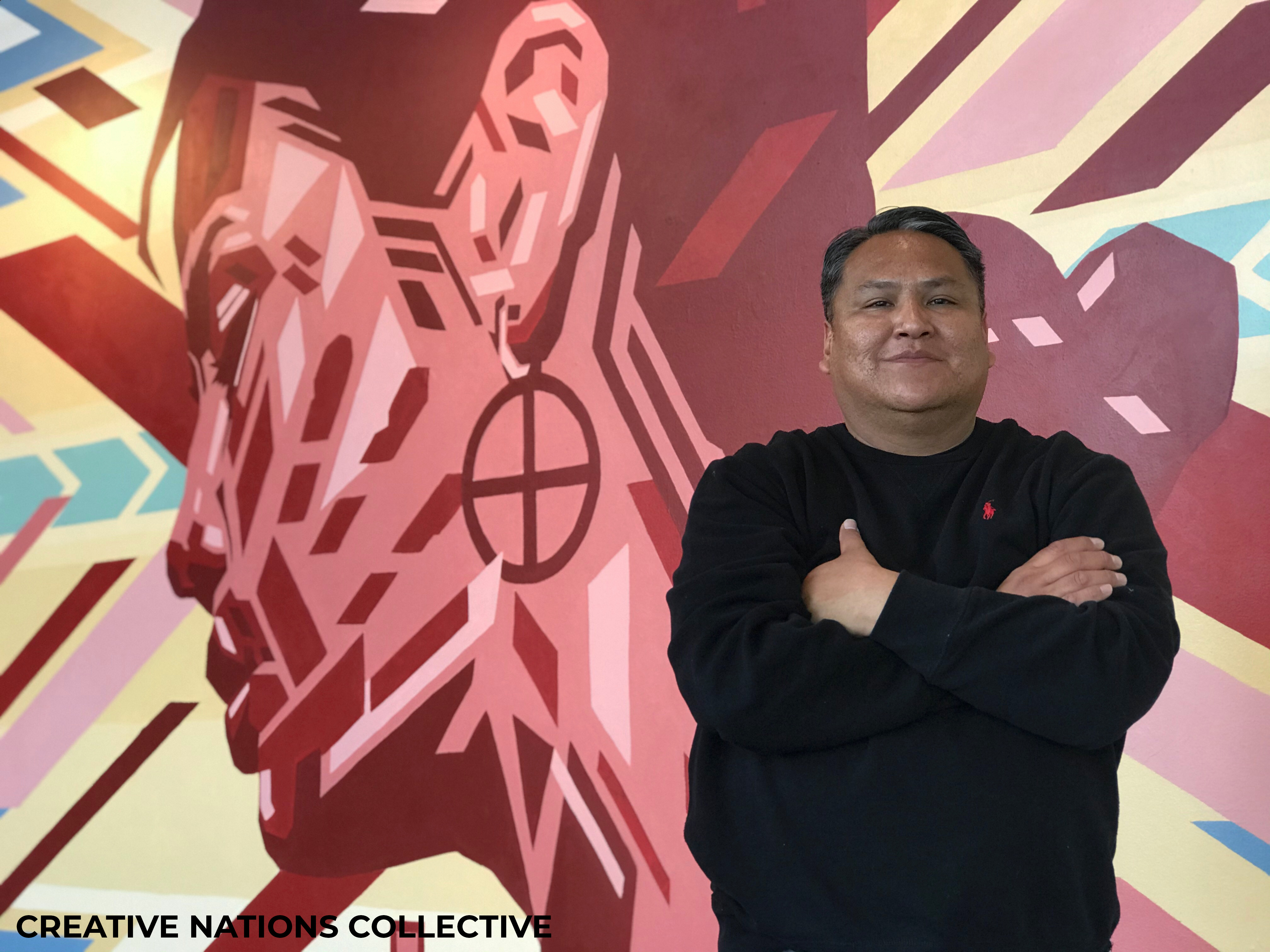 The Southwestern Association for Indian Arts (SWAIA), the non-profit organization that produces the annual Santa Fe Indian Market, is pleased to announce that an in-person